Hello everybody! Sorry I haven’t had time to post too much lately, but its all for a good cause – my first two academic essays are bursting their way through my keyboard as we speak! Well, okay I stopped for the evening actually but you get the idea. One’s on the internet and the public sphere, and the other’s on BBC nature documentaries. All very riveting mind stretching stuff. Anyway,  enough about me, what’s more important is the Arctic. It needs protection.

As you know, the Arctic ice has been melting at a relatively speedy and shocking rate. This is critical, as the white icy expanse reflects the sun’s rays and creates a cooling effect, always vital for the life-giving Earth but even more so when our atmosphere is full of warming greenhouse gases. So apart from the plant and animal species and people who call it home, it’s melting is a double whammy for the whole planet because what’s left after a bit of ice melts is deep dark water – almost black, which absorbs heat rather than reflects it. Ouch.

Anyway anyway, this is all old news. What’s going on now is that this melting is being seen by some (CEOs of Shell, BP, Exxon and others) not as a catastrophic alarm to shut down their corporations, repent for their sins and spend the rest of their lives working in donkey sanctuaries and reading to the elderly, no no no, but as a good business opportunity. They’re pleased that all this melting is making the Arctic oil reserves more accessible! I know, I can’t stand the twisted irony. They want to drill the Arctic, risking oil spills which will be virtually impossible to clean up, so they can sell more oil – so we’ll emit even more greenhouse gases and the ice will melt even more… And it will be even more degraded by then after all their industrial messyness. If that’s not bad enough, Greenpeace reckon the nation states nearest the Arctic are already gathering Arctic-proof weaponry and nuclear ice-blasters to prepare for some sort of frantic scrabble for resources… After all, no one owns the Arctic.

Please please please, look at Greenpeace’s Save the Arctic site for more information and SIGN THEIR PETITION to make a sanctuary in the Arctic. They managed it for the Antarctic, and it’s just as critical that the North Pole gets the same treatment. If you can donate, that would be great too. I never usually do, I don’t particularly enjoy being asked for money by strangers in the street or in my web browser, but I am actually giving them £5 a month for this project. Its just so important. Also Greenpeace has more leverage power than most environmental groups so if anyone can do it, it’s them. 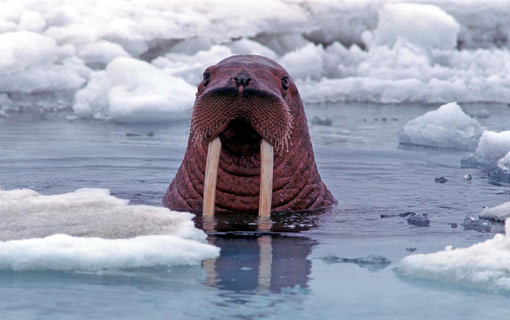 Thank you and please tell your friends and all that stuff.

Have a fantastic Christmas if I don’t get to post again before then!

3 thoughts on “Hi Again and Save the Arctic”